Employed as a software engineer at Apple Technology Development Group,
On the side, I develop tools, games, and apps for fun (websites are not my forte).
You can reach me through Twitter or Email.

The Isetta Engine project was a team of 4 junior developers developing our first game engine in just 3-months. The goal wasn't to build the best engine but to help demystify engine development for ourselves as well as other novice engine developers by documenting the thoughts and decisions we made throughout. Interviews were also conducted with industry professionals to gain insights and published in a book. 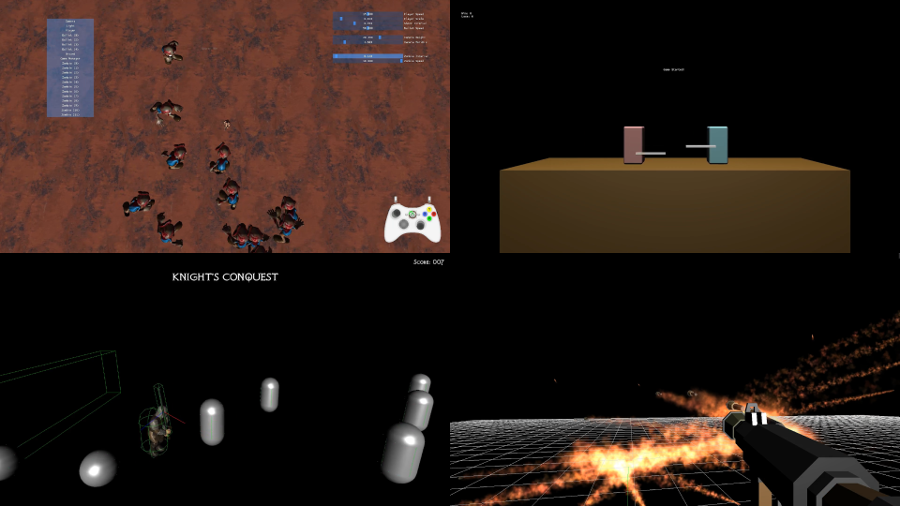 Games developed to test the engine features as systems were completed within the engine.
3 / 4 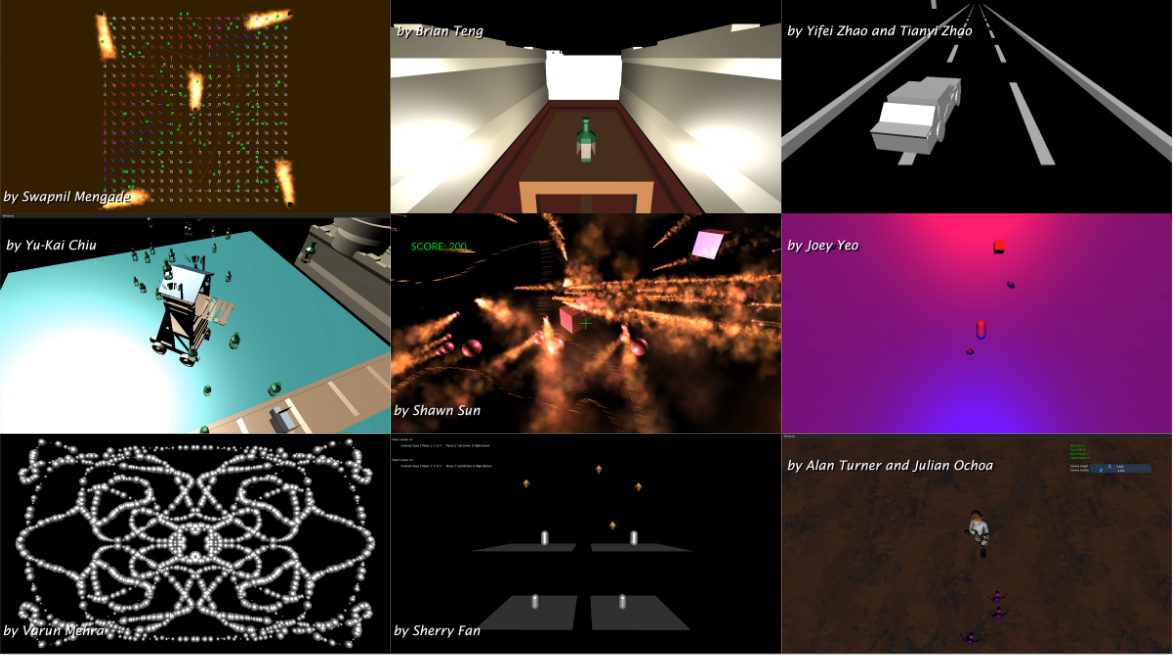 Games developed in our game jam where users learned our engine in under 8 hours.
4 / 4 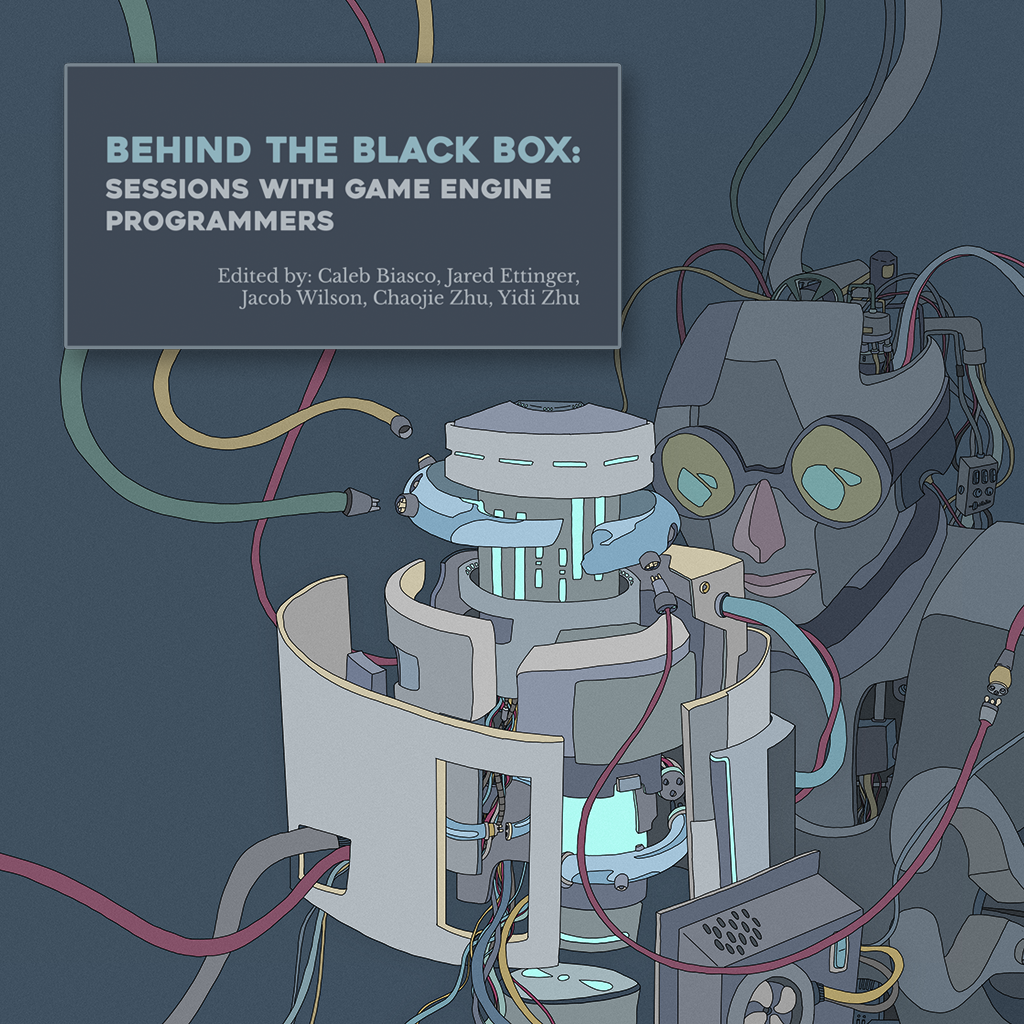 uFighter is a mobile game being developed by Tonk Tonk games where I worked as a junior developer. My main responsibilities focused on team workflow and how it could be improved. 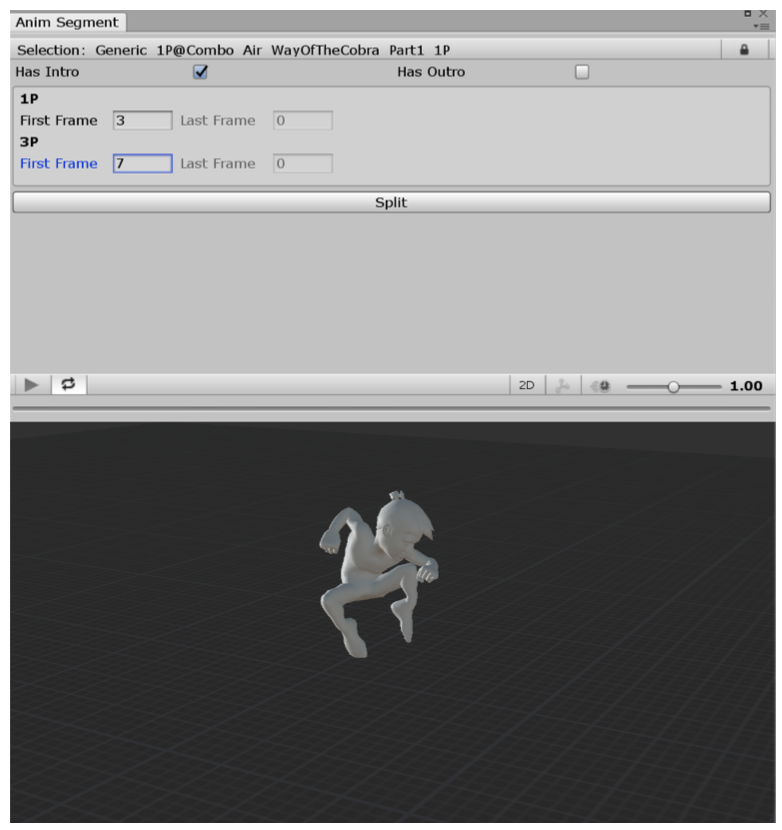 Animation segmentation tool to save memory by reusing pieces of other animations.
2 / 5 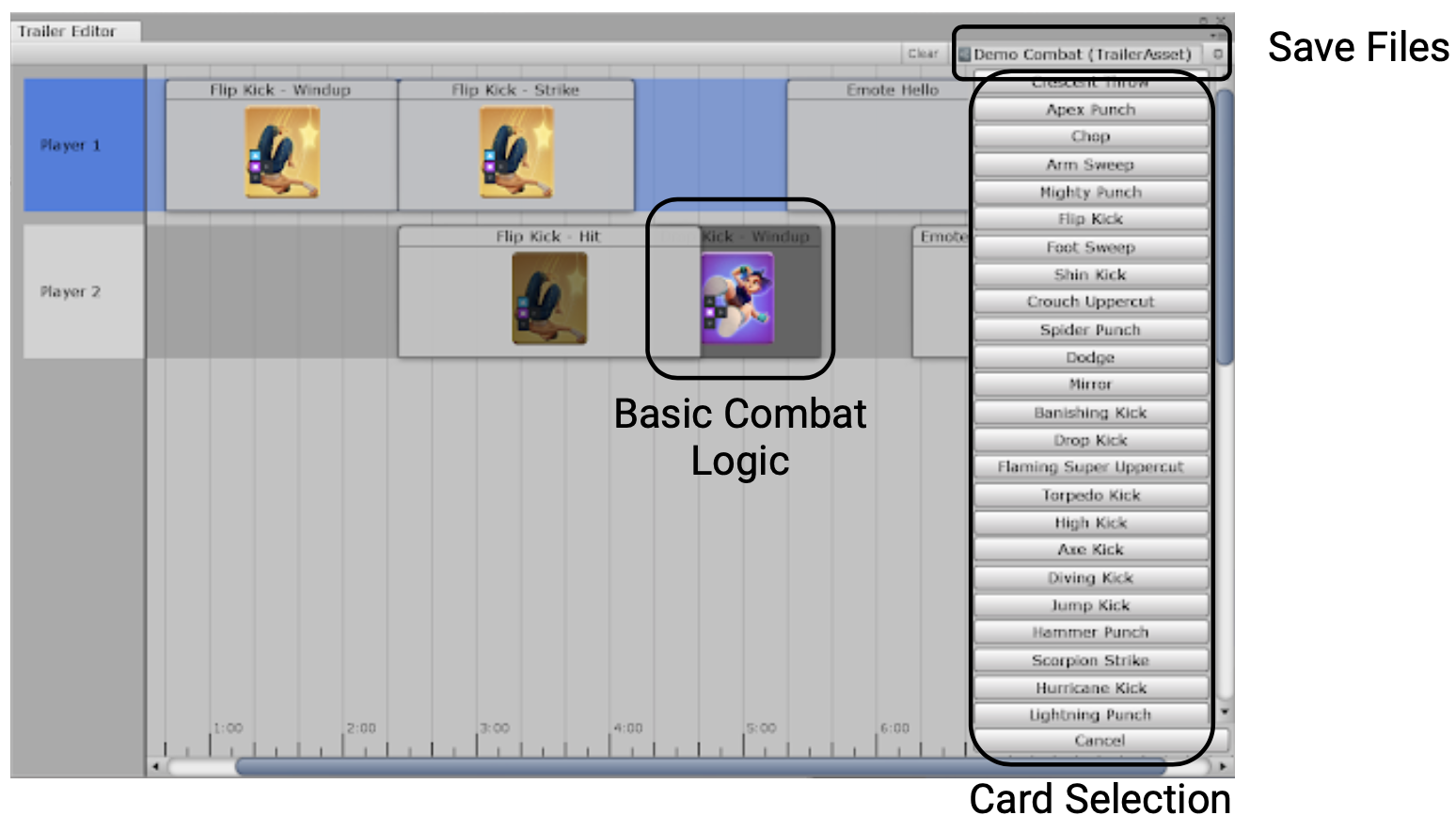 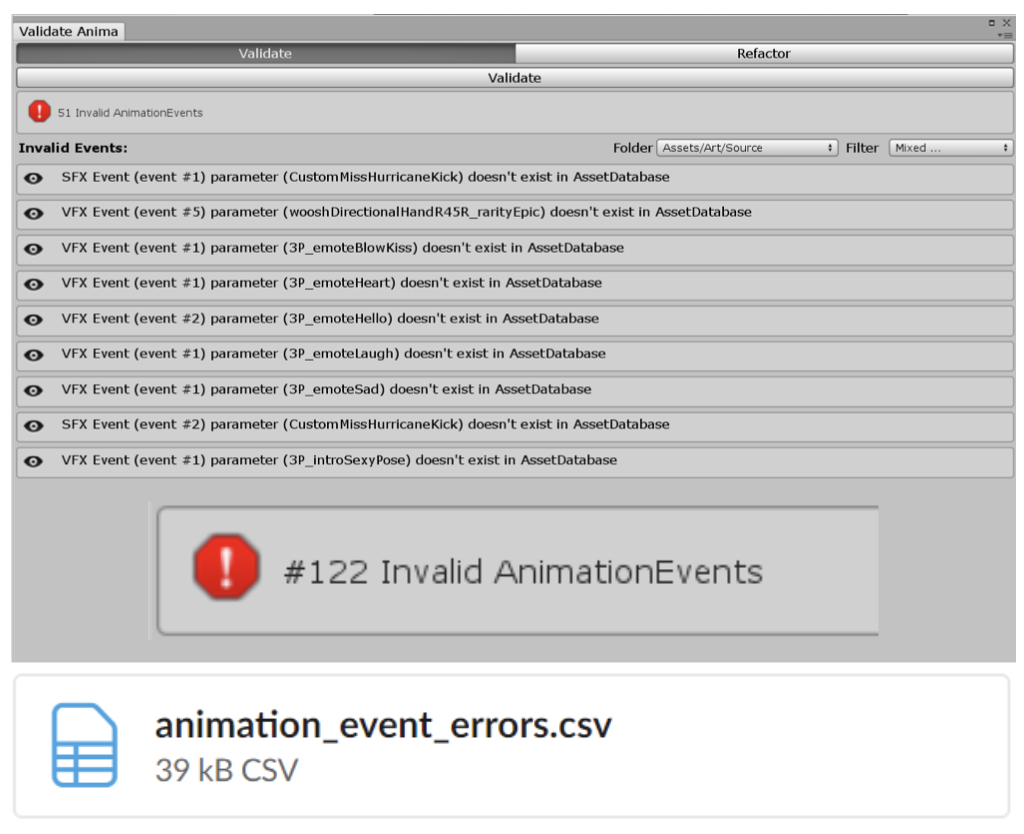 Validation tool run before build to check animation event naming convention and use in code.

Dilemma is a room-scale VR experience focused on narrative and level traversal. The game was developed in a 2 week period using Unity where I acted as the sole programmer on the 5 person team. 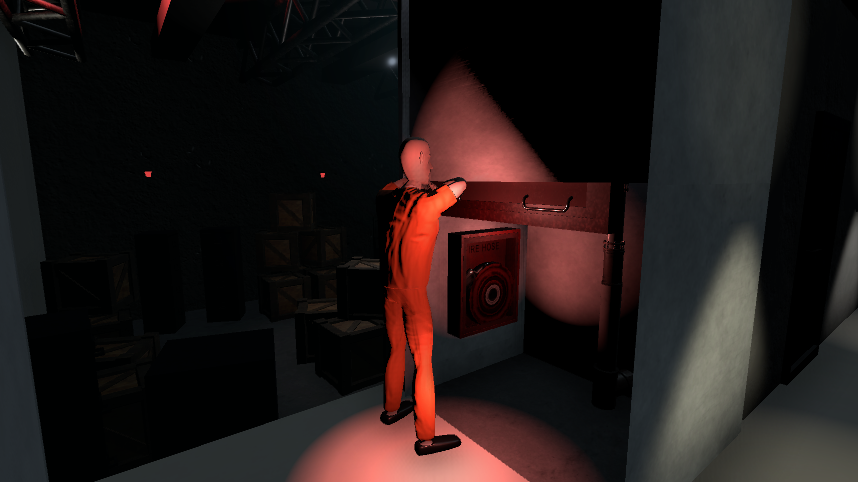 Interaction within the game required user to work alongside AI character to lift doors and move objects.
3 / 7 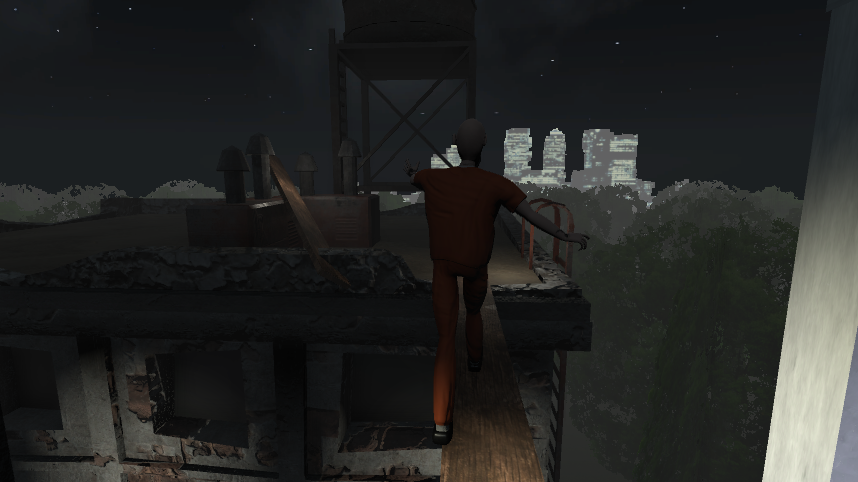 Experienced re-used the extents of the physical space in VR by having the user walk between edges without realizing their location in the room.
4 / 7 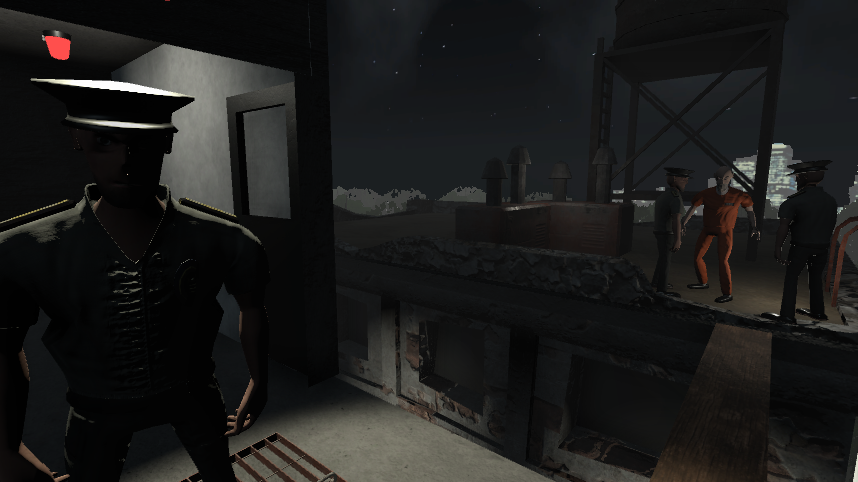 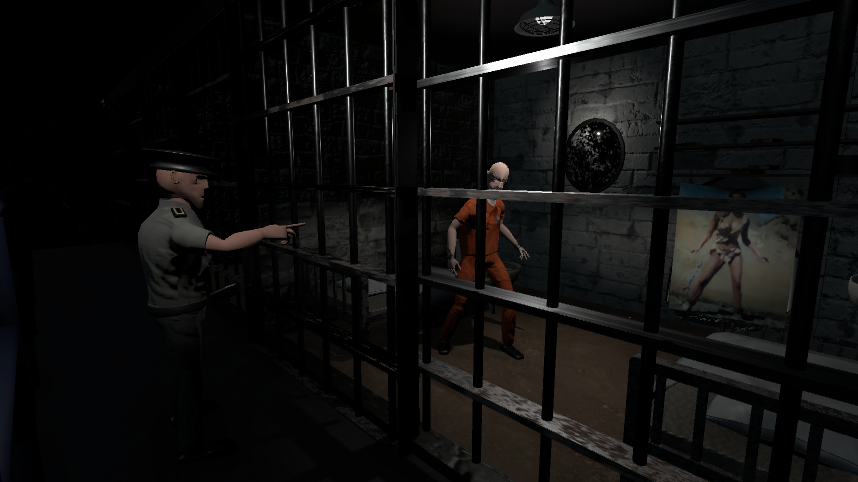 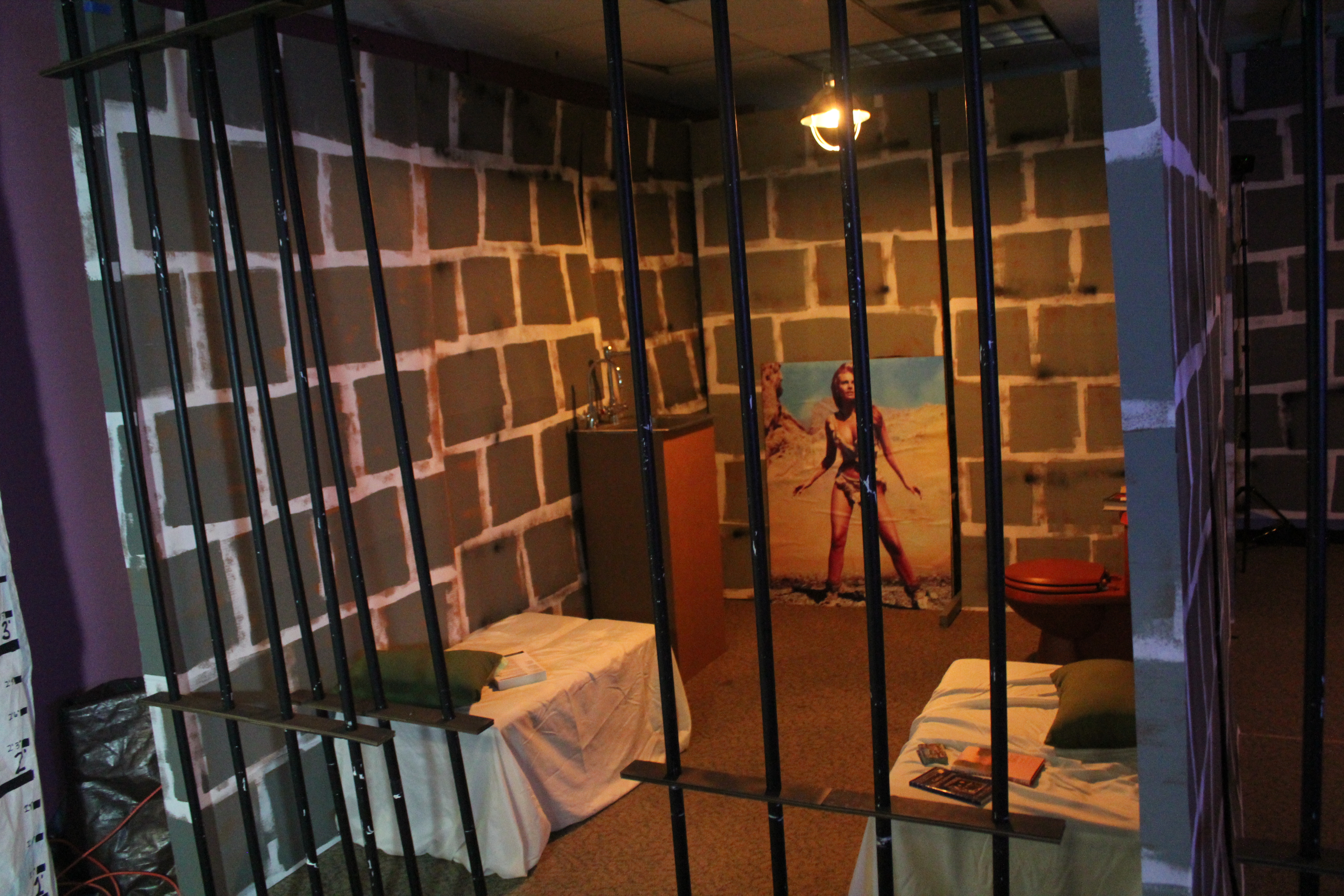 Virtual environment was physically re-created in a festival.
7 / 7 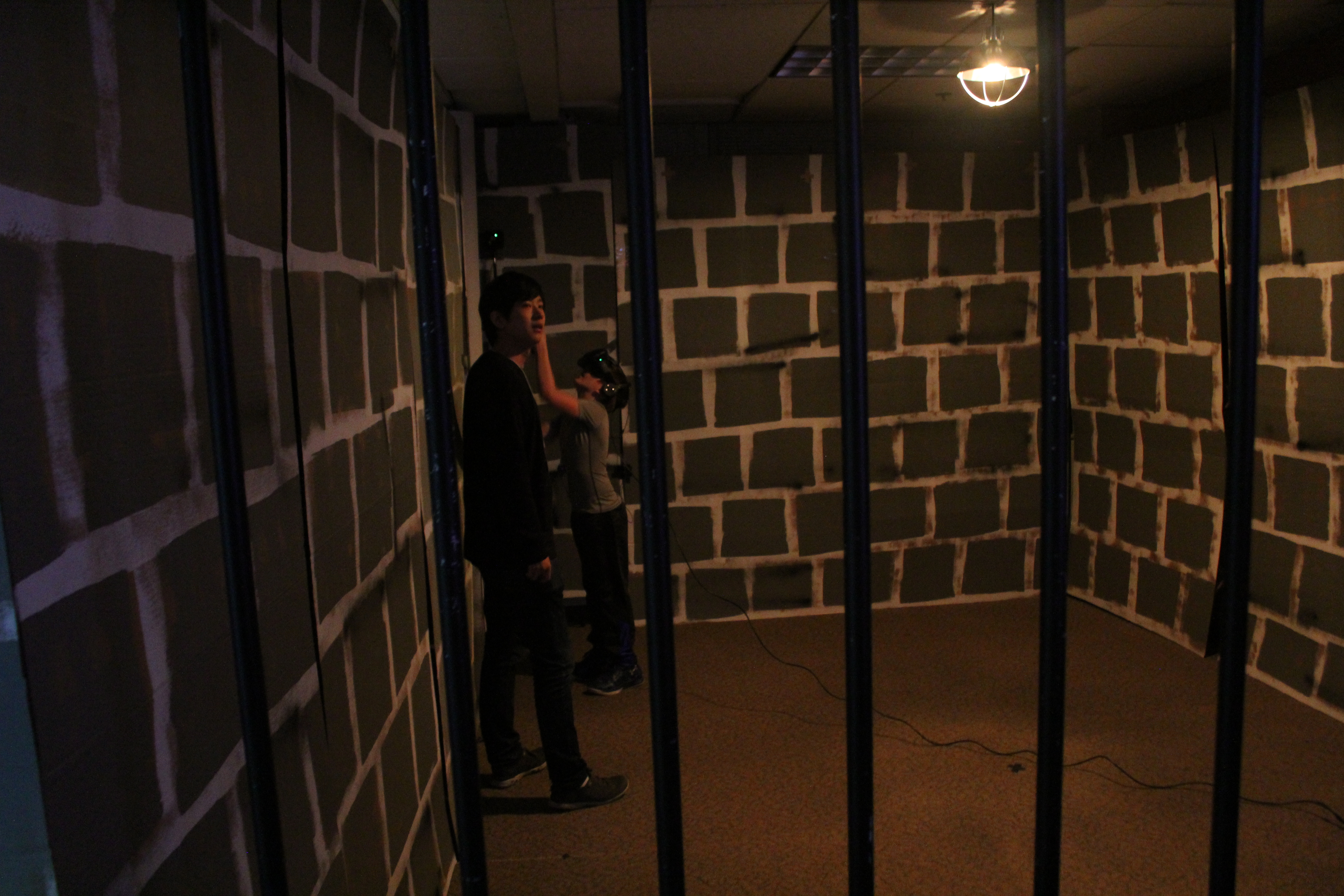 The challenge was a month-long animation project with some of Unity's newly released tools (at the time): CinemaMachine and Timeline. I took responsibility of the asset pipeline and remote workflow as the project was developed remotely with the 7 person team.

1 / 6
Resulting animation from artist using the tool development to direct spin and extenstion of bridges.
2 / 6 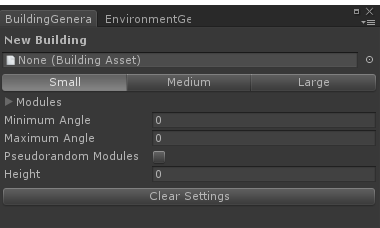 Tool used to procedural generate buildings formats which could be hand selected by the artists to avoid hand-crafting the entire scene.
3 / 6 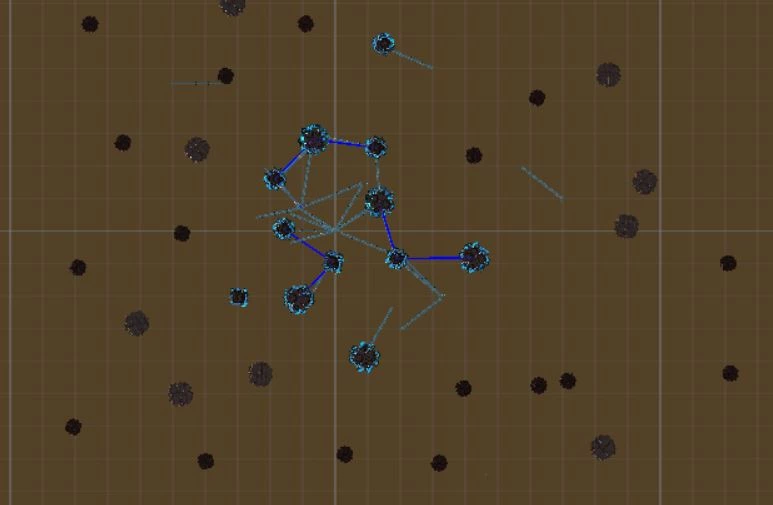 Top down debug-view of the connecting bridges to ensure the bridge had an end-point that wasn't intersecting a building or bridges colliding.
4 / 6 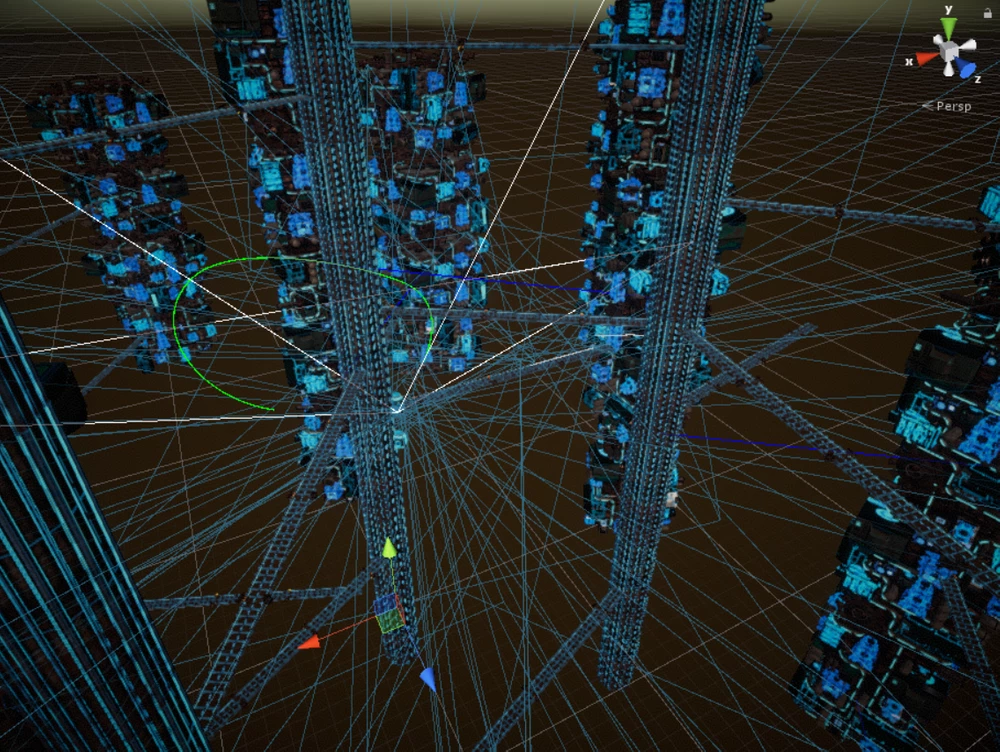 The camera frustrums setup through the timeline tool throughout the 3 minute animation.
5 / 6

Timeline layout, by using multiple scenes it allowed the team to work remote on separate parts of the project without causing scene conflicts.
6 / 6
Infinite elevators using object pooling to have the illusion of busyness.

Samurai Seige is a game where the player is mounted on a horse riding into battle the Japanese army and a shield to protect themselves. The project was developed within a 2-week period, which I focused on the arrow ballistics and interaction with player as well as the movement and interaction with the army. 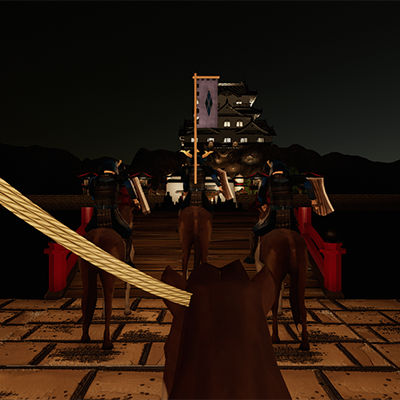 Opening shot as you ride across the bridge into battle ontop of your horse.
2 / 4 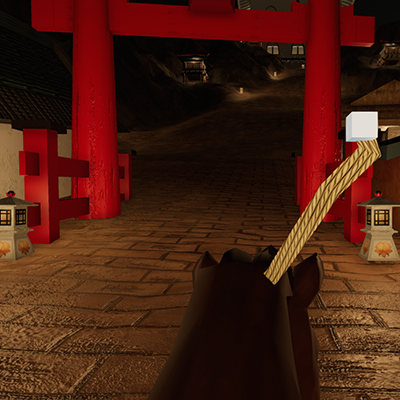 Perspective from within VR headset on the horse, where the rope is attached to the players hand for steering.
3 / 4 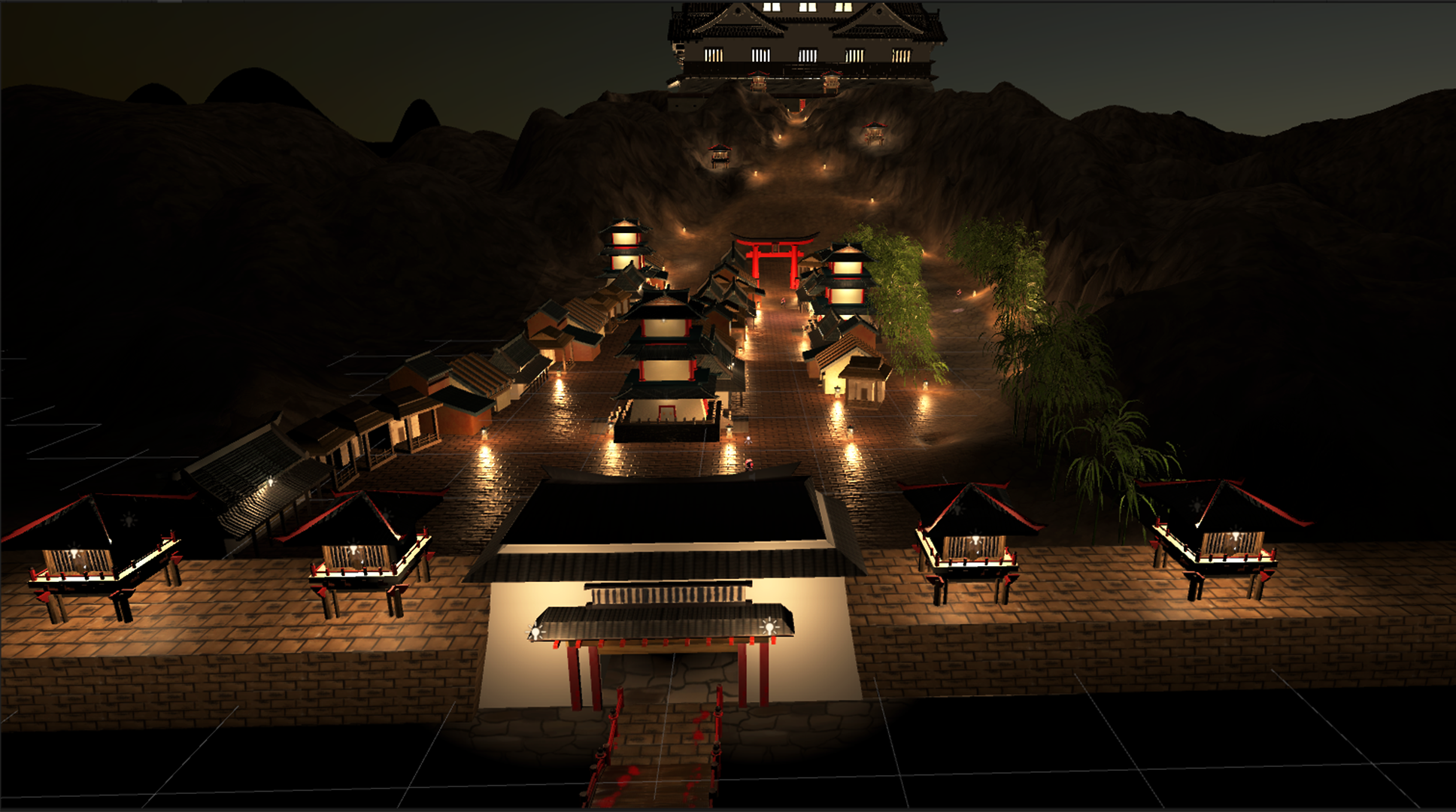 Overview of the entire scene with atmospheric lighting.
4 / 4 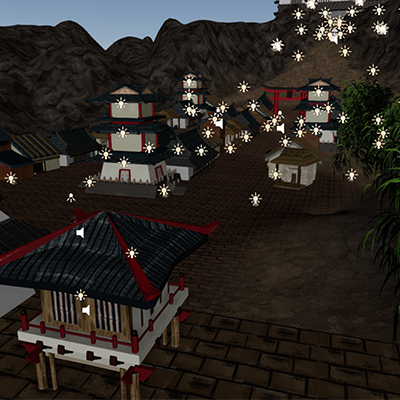 Lighting and audio sources throughout the scene, worked with the artist to ensure performance wasn't impacted.

The SoundBearier is an AR game where the player tries to help the little boy reach his home and avoid the bear. The player must use hand, speech, and volume detection to traverse down the augmented reality hill, when played the objects in the scene are replaced with models of objects. 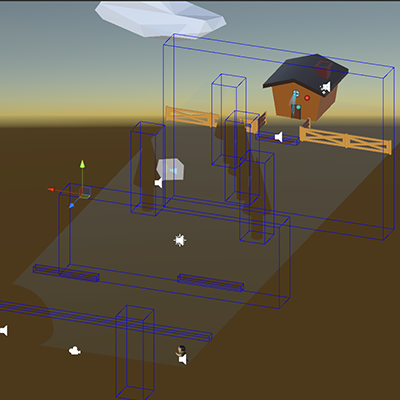 Debug layout of the scene to help align placement of real objects with the game objects seen in the display.
3 / 6 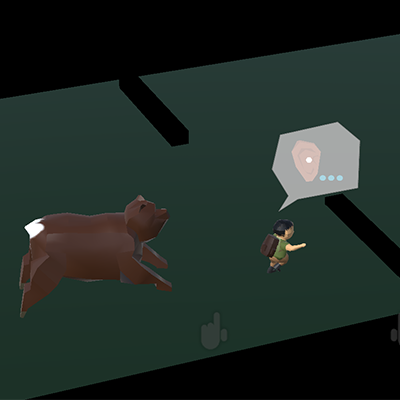 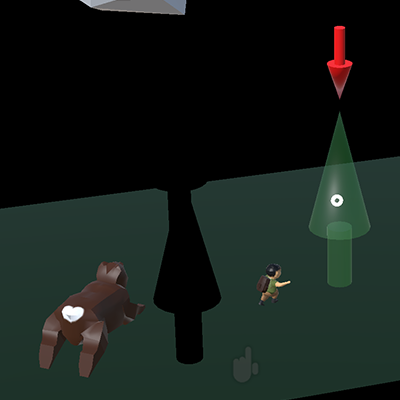 The player would select trees to direct the character to climb into them to avoid the bear, the 3D models were aligned with real-world models.
5 / 6 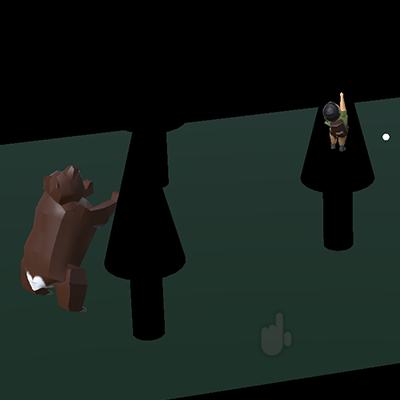 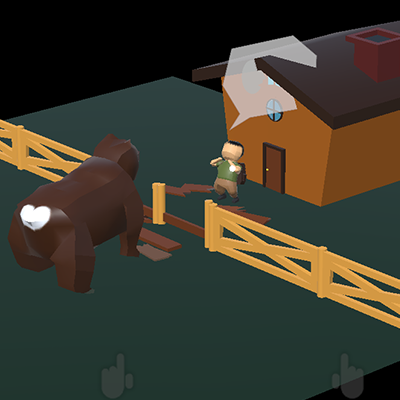 The game climaxed with the player yelling at the bear to scare it away, which was done by using the speech recognition with a volume threshold.

I had experience using OpenGL and Metal graphics APIs and wanted to try using the Vulkan API to understand how it differs and what other graphics engineers were talking about. I was focusing on generating a 2.5D rendering engine that could be used to develop a game. (Unfortunately lost progress updates when my computer bricked)

Experimented with implementing my own IK solver to then be used for a procedural animation. Was able to get the basics working with a simple bi-ped walking up a ramp. Spent more time on the solver than actually working on the animation, which is why I now understand there are libraries built just for IK.

Tried to replicate the Unity editor using WPF with the intended goal of use with the Isetta project I worked on. Was an ambitious first project to do with WPF but forced me into learning the model-view view-model design.

To better understand the Unity default material, I replicated all the functionality of it with my own fragment and vertex shaders. This exercise allowed me to understand how I could help the artists I was working with fully utilize what was avaialable to them.